Either individually or in groups, the Taoist Eight Immortals are one of the most popular subjects of representation in China.

Their portraits are to be seen everywhere. In the Chinese Classical Gardens at the Golden Dragon Museum in Bendigo, there are statues as well as a mural feature of them.

Together they represent different conditions of life, poverty, wealth, aristocracy, plebeianism, age, youth, masculinity and femininity. The immortals encourage laughter and banish care and help to enliven the struggle for existence. 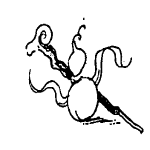 Perhaps the most beloved Immortal. He is represented as a lame beggar, leaning, on a crutch. He is generally shown carrying a gourd filled with magic medicines. 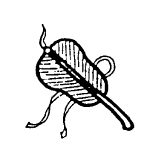 He is shown holding his symbol, a feather fan. He is said to have obtained the secrets of the Elixir of Life.

He is sometimes depicted riding backwards on a donkey. His emblem is a musical instrument in the form of a bamboo tube drum and two rods to beat it. 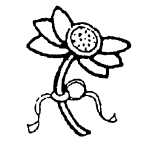 She holds a lotus flower and also represents compassion. She became an Immortal at the age of 14 years by taking mica powder. 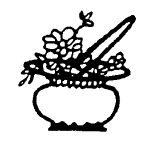 This Immortal is an hermaphrodite. He is sometimes depicted dressed in tatters with only one shoe and is usually shown carrying a basket of flowers and is known as the patron of florists. 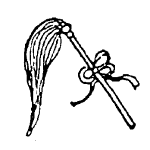 This Immortal is the patron of scholars, and his symbols are his magic Excalibur and a cloud-sweeper which shows his mastery over space 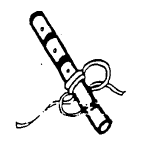 He could cause flowers to spring up and bloom instantly. He is the patron of musicians and is generally shown with a flute.

He wears court dress and is the patron of actors. He is often shown holding castanets or clappers.